Fortenberry Roofing Before & After Photos 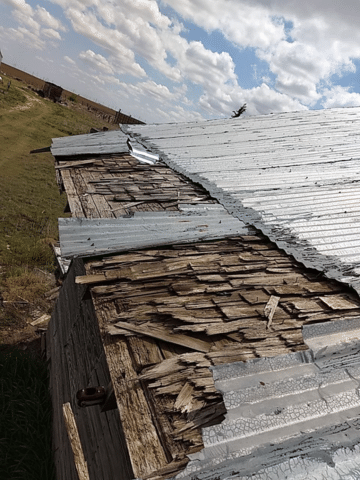 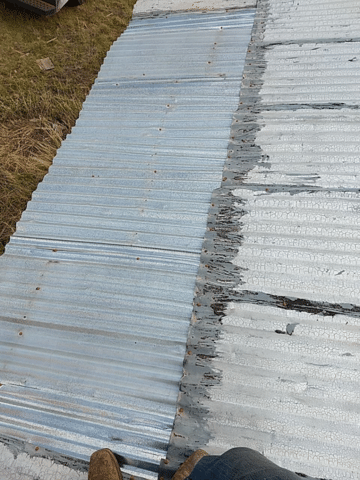 On this property in Lockney, TX, the owner was interested in a partial roof repair to their metal-roofed barn. Fortenberry Roofing was able to make the repairs that were necessary to reinforce the roof's structure while giving the customer exactly what they were looking for in a repair. 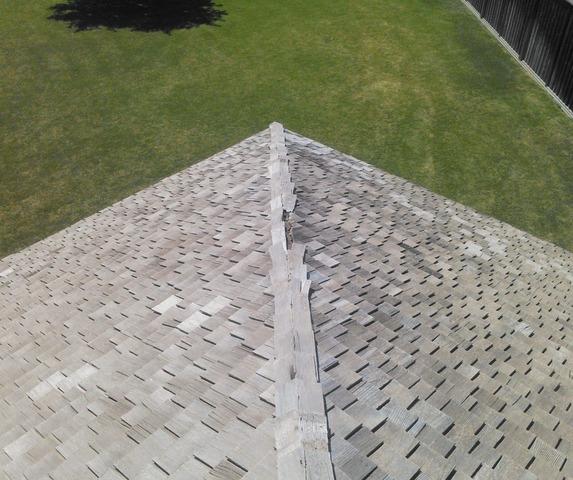 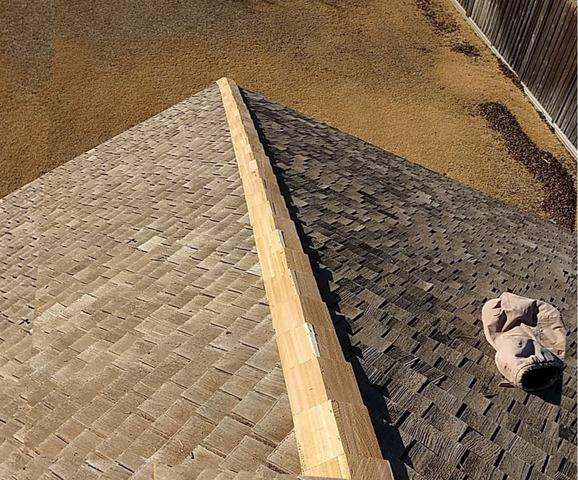 This homeowner in Lockney, TX was interested in getting the wood shake ridge replaced on his home. When he contacted Fortenberry Roofing, he was happy to hear that they would be able to help him with his roofing needs. The roofing team removed the existing ridge in order to replace it with a completely new one. Over time the new cedar shingles will begin to blend in with the existing ones. The finished product turned out looking great and the homeowner was pleased with the service Fortenberry Roofing provided! 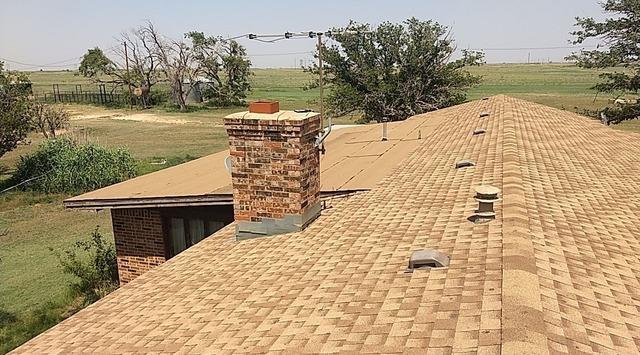 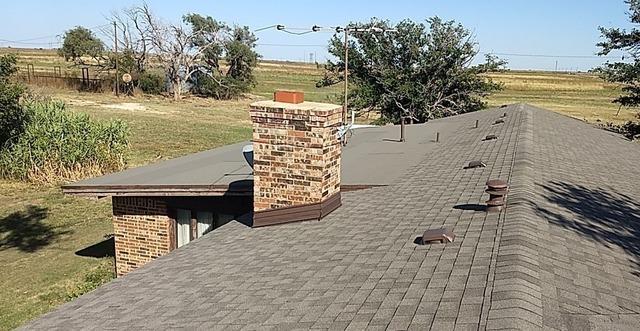 When the roof of Mrs. Shirley's house was totaled by her insurance company due to hail damage, she needed to find a roofing contractor who would be able to replace the existing roof with a new one. She reached out to Fortenberry Roofing who was able to give her an estimate, work with her insurance company, and ultimately apply her new roof all in a reasonable time frame. She chose IKO Cambridge shingles in the color Weatherwood for her home. Fortenberry Roofing was also able to replace an area of flat roof that had been hailed out. For the flat section the re-roof crew used a Polyflex modified roofing system in a color that matched the shingles Mrs. Shirley chose for the remainder of her roof. The Final outcome of the roof replacement turned out very well and Mr. Shirley was very happy with the service Fortenberry Roofing was able to provide for her and her home! 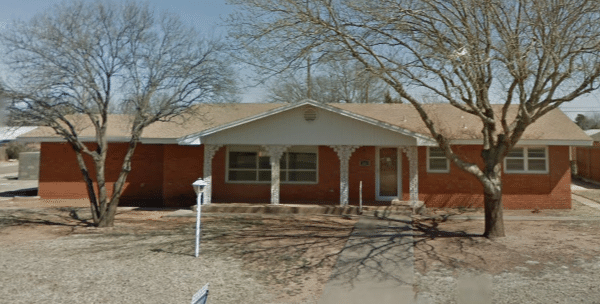 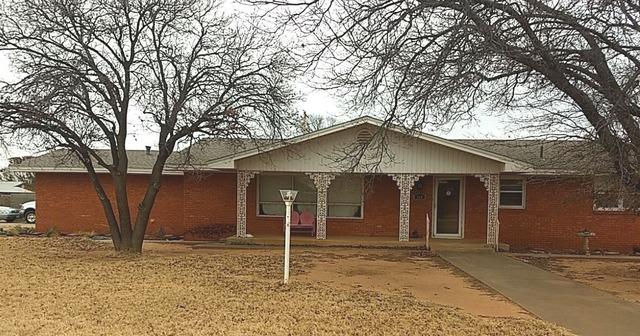 Before this house was put on the market the homeowner wanted to make a few updates to the property. He was able to get in touch with Fortenberry Roofing to get a free estimate on how much a full roof replacement would cost. The homeowner was satisfied with the proposal and decided to hire Fortenberry Roofing to provide a new roof for his home to be in tip-top shape to be sold. The shingles that were chosen were GAF Timberline HD laminated shingles in the color Weathered Wood. When all was said and done, the homeowner was satisfied and ready to move forward with the selling of his property, and Fortenberry Roofing was able to turn out another beautiful roof, adding to their list of successes! 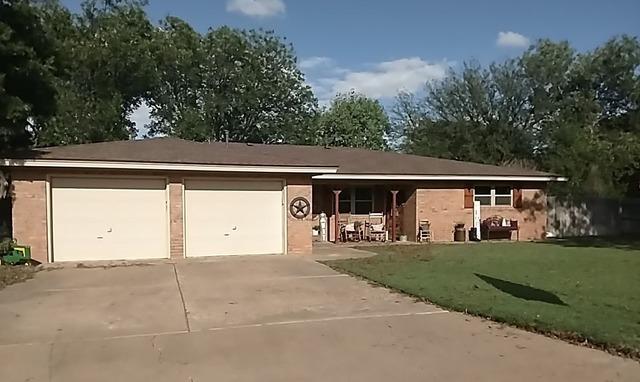 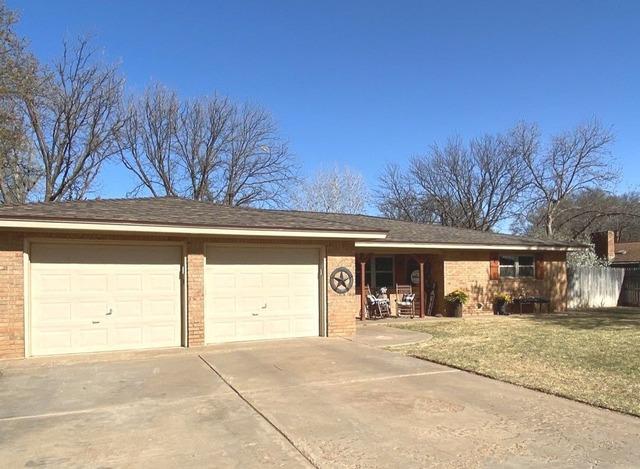 This homeowner in Abernathy, TX filed an insurance claim on her roof due to hail damage. Her insurance company agreed that the roof was a total loss and that she was eligible for a new one. Fortenberry Roofing was who she called since they had previously replaced her roof and she was happy with the services they provided. When it was time for Fortenberry Roofing to begin the re-roof process, they tore off the existing roof in a quick, proper, and efficient manner. The roofing team installed IKO Nordic Impact Resistant shingles in the color Brownstone, which really compliments the brick of the property. Now this house has a new roof, and once again a thankful and satisfied owner!

We serve the following areas